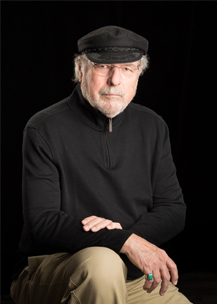 A former Oklahoma public school English teacher, Sheldon Russell retired as a professor emeritus from the University of Central Oklahoma in 2000. Before he retired, he had already published his first novel, Empire, in 1993 with Evans Publications, Inc.

In 2006, the University of Oklahoma Press released Dreams to Dust: A Tale of the Oklahoma Land Rush, which won the 2007 Oklahoma Book Award in Fiction and was selected as an Official Oklahoma Centennial Project. The book went on to win the 2006 Langum Prize for Historical Literature.